Suzuki's Past and Future Katana 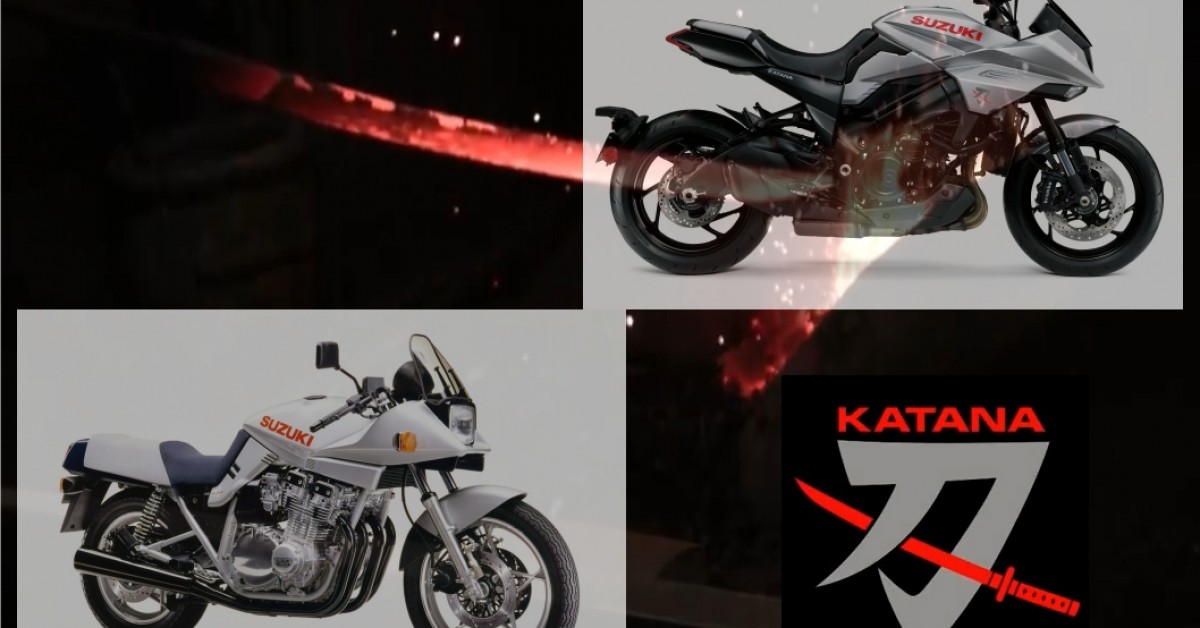 Known as the "cologne stunner" the GSX1100S Katana made its first appearance at the Cologne Motorcycle show in 1980. At the time its futuristic body design, styled after a Japanese sword, was a radical new design and had a huge impact on bike enthusiasts worldwide. Even now, almost four decades since its debut, the Katana has hardcore fans worldwide; it is an icon in the history of Suzuki Motorcycles.

Now 38 Years later a new Katana is forged. We could go on about how the Katana has all the things we have come to expect from a modern Suzuki; Clutch assist, Easy Start and Low RPM assist. Not to mention that Traction Control is expected to within the Litre bike Market. Or even that housed within the frame from the lastest GSXR is the legendary K5 GSXR1000 engine producing 150 HP. But to be honest the main thing that gets me excited about the new Katana is the looks. The slim bodywork and again the futuristic lines that made the Katana a legend in the 80's. I for one am very excited to see this in our showroom next year and looking forward to riding it too.